Humanity at lightning speed indoctrinated with the message that there are too many of us and that we all pollute the environment too much…!

Despite the many misinterpretations by a number of people, Agenda 21 nevertheless has worldwide control over all human activities.178 Countries, including the Netherlands! have indeed signed the Agenda 21 “Sustainable Development” plan, the UN Global Biodiversity Assessment Report.

Agenda 21
Is a United Nations program related to sustainable development. It is a comprehensive plan of action to be followed globally, nationally and locally by UN agencies, governments and key organizations in all areas where people affect the environment. 21 refers to the 21st century.

The culmination of the Agenda 21 program’s history was revealed at the United Nations Conference held in Rio de Janeiro in 1992. 179 governments approved the program. The final text was the result of drafting, consultation and negotiation starting in 1989.

Deception
In recent years, the falsely created global hysteria of the Global Warming deception has been Agenda 21’s main weapon. insane delusion that our earth can be “saved” from climate change and that incredibly high environmental taxes must therefore be introduced.

No more freedom
This also determines what you eat, what you drink, where you live, how hot or cold your home is and how much gasoline you can use for your car. Anyone who does not adhere to or acts against it will go to a camp in due course to be re-educated.

This strategy focuses on nature conservation and sustainability, but has an underlying much more important goal; removing power from existing governments by restructuring politics.

Everything will also eventually be owned and controlled by the “elites”. In addition to the attack on the constitutionally established freedom of movement, the attack has also been launched on private property.

Clean appearance
The Agenda 21 Sustainable Development Program, however, is slowly but surely taking away not only freedom of possession, access and movement, but ultimately even the right to life under the guise of the environment and “saving the planet”.

The United Nations, along with many Agenda 21 prophets, believes that there are too many people on the earth. This message is even on the infamous Georgia Guidestones. How incredibly filthy it all is, is evident from a number of paragraphs in a 2009 document from the UN, Facing a Changing World Woman, Population and Climate. There it says.

Every birth results in emissions that can be attributed to that person during his or her lifetime. As well as the emissions of any descendants of this individual. Hence, savings on this will multiply in birth control.
There is not a single person who is CO2 neutral. That is why everyone is part of the problem and everyone must be part of the solution.
Erik R Planka Professor of Biology at the University of Austin (Texas), teaches his students the following:

“Most importantly, we come out of the denial phase and realize that the Earth simply cannot sustain the number of people that currently live on it. The maximum number that this planet can handle is around 500 million. These would then be able to live comfortably in a sustainable environment. The population must be reduced and very quickly to prevent further environmental damage. ”

Why do we still believe that the right to life for every individual on this planet is an inalienable fundamental right?

The ultimate goal is of course to make everything and everyone absolutely dependent on the government, so that movement, actions and even the wishes, desires and thoughts of the population can be totally controlled. Only the government “knows what is good” for the people and that is why it appropriates the right to determine how – and when – we can travel, what we can earn, what private property we can have (or not).

Contested law
For example, a controversial law has been passed in the US (“Land and Water Conservation Bill”) that will allow the government to buy up $ 900 million of private land (if necessary forcibly) annually for 40 years to place under government control. For example, the government has all the power and right to deny everyone access to these areas because of “nature conservation”.

Under this “green” hypocrisy, UN specialists from environmental foundations, nature funds and NGOs have deployed, operating at all levels worldwide. Essential tools that lead to great success include, of course, the use of power by controlling: devices, the media, science and governmental participation of public forums.

THESE ARE THE PLANS!

That’s why we have the philanthropists Bill and Melinda Gates! Namely, this is a “lack of willingness” to consider whether a choice should be made between “spending a million dollars on a patient’s last three months” and firing ten teachers. “But that’s called a death jury and you shouldn’t have that discussion.”

They have thrown their billions into “depopulation by vaccines” ‘Suddenly the entire’ Third World ‘had to be vaccinated and 90% of the world’s population! Bill Gates wants to reduce population growth by 10-15% through vaccination, health care and birth control.

It is clear that birth control can slow down population growth, but by wanting to do that with health care and vaccination, he says he means he just wants to kill people!

They have no more arrows on their bow. Our food contains countless toxins and organic cultivation is under heavy pressure from companies such as Monsanto. Then it turns out that there is a seed bank where Gates has already invested millions. Busy boss!

Bill Gates also uses his capital to provide behind the scenes an authoritarian UN world government that will be given the power to impose all kinds of welfare taxes, especially on Western countries, and to intervene militarily if a country does not adhere to the code of conduct of the UN.

Obama’s Global Poverty Act was based directly on the Charter for Global Democracy, which was drawn up by large civil society organizations in 1999 and 2000 and became a blueprint for creating a world government under the auspices of the UN.

The Charter gives the UN power over the entire earth, the air and the seas and gives the organization total control over all natural resources and energy, the animal world and even radio and TV.

Everything to do with progress is subject to (high) taxes. But because you can’t sell it that way, they came up with a lot of “softer” sounding terms, which became known as the eight.

Poorten has thus become one of those wealthy capitalists described by Lenin as “useful idiots” who would sell the socialist rope to capitalism, and thereby hang the democratic and free West.

Our own politicians now only have to hand over more and more national powers to the EU and the UN.

We are unknowingly at war with our own money!

We are talking here about a practical, mental and psychological warfare by a bunch of psychopathic rulers. And their tool the UN is becoming increasingly clear and openly dictatorships, in which the Euro-US mafia turns out to be the biggest criminal factors.

By covering themselves against this with international support, they can make life impossible, intimidate, manipulate and criminalize their own citizens.

They can and will destroy us mentally and spiritually and completely eliminate us psychically, emotionally.

Of course, many will begin to feel guilty just because they are alive!
It should therefore come as no surprise that more attention will be recommended in the near future to the anti-social, superfluous discussion of many people, spurred on by political leaders who want to win with these types of people by pointing out the “own responsibility” of each. Gentlemen.

The choice to take a pill and relieve the world and society of the expensive care for the weak will always be and will be facilitated and legitimized by laws.

Is there no hoop?
Is there a way out? We are on a runaway train somewhere in one of the wagons. Is it possible to jump out somewhere? And if we have it… do we have any chance at all of finding a reasonably livable habitat and safety somewhere?

Maybe… I am, like many others, looking for alternatives every day. Well, there are!

It’s probably not the ideal for many, but the survival instinct is incredible, and people are inventive and creative. All over the world, societies have emerged that follow a completely different working method. 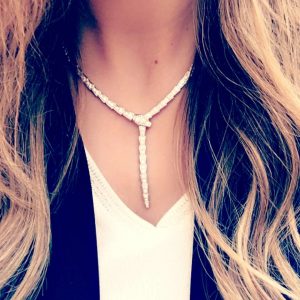 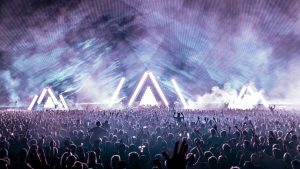